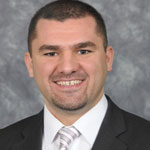 Dr. Mehmet Emre Bayraktar received his Ph.D. in Civil Engineering with a specialization in Construction Engineering and Management from Purdue University in 2006. He has served as an Assistant Professor in the Department of Construction Management at Florida International University since August 2006, where he performs research in infrastructure management, sustainability, and innovative contracting, as well as teaches a variety of undergraduate and graduate courses, including cost estimating, economic planning, construction equipment, and decision and risk analysis in construction. Dr. Bayraktar has successfully participated in research funded by the Florida Department of Transportation, associations for the construction industry, and the private sector, and has published more than 30 articles in peer-reviewed journals and conference proceedings. He also serves as the Associate Editor for the American Society of Civil Engineers’ (ASCE) Journal of Management in Engineering, a premier academic journal on management and leadership for the civil engineering community. Dr. Bayraktar also holds an M.S. in Civil Engineering from Purdue University and a B.S. in Civil Engineering from Bogazici University, Istanbul, Turkey. 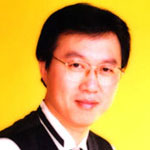 Jiuhua Chen is an internationally renowned researcher in the area of materials science and engineering. He joined FIU as an associate professor in 2007, after his service at Stony Brook University in the capacities of faculty member, deputy director of Mineral Physics Institute and associate dean of admission. In 2009, he lead a scientist team from US, Switzerland, Italy, China and France in new materials study and discovered a single element “compound”, an ionic high pressure phase of boron. The result was published in Nature.  He has served as a principle investigator on more than a dozen research proposals for $5 million. His project on hydrogen storage materials at extreme conditions alone brought $1.5 million to FIU. He has published over 170 technical articles, including 93 peer-reviewed journal papers / book chapters, and edited two books. During his tenure at FIU, he published six and half journal papers each year on average. 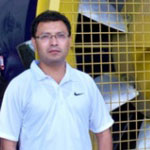 Dr. Arindam Gan Chowdhury’s research and creative activities have been and are contributing significantly to: (1) hurricane engineering, the discipline concerned with mitigating the massive losses due to hurricanes and achieving resilient communities on the Gulf and Atlantic coasts and other hurricane or typhoon-prone areas, and (2) major advances in fundamental and applied technological developments pertaining to the national transportation infrastructure through advanced methods for the design of long-span bridges. He received his Ph.D. in May 2004. He was the recipient of the Iowa State University Research Excellence Award. At present, Dr. Chowdhury is the Director of the Laboratory for Wind Engineering Research (LWER) at the International Hurricane Research Center (IHRC) and tenured Associate Professor in the Department of Civil and Environmental Engineering (CEE) at the Florida International University (FIU), Miami, FL. His current research at FIU is enabling large- and full-scale testing of structures, leading to performance-based design for hurricanes through direct correlation of wind speed with performance and damage levels. His current projects, funded by federal and state agencies and by private industry, are providing focus and leadership in urgently needed integrative hurricane engineering research and education to quantify and communicate hurricane risks and losses. His research aims at mitigating hurricane impacts on the built environment, and enhancing sustainability of infrastructure, including low-rise residential, commercial and industrial buildings, power lines, electrical utilities, traffic signals, etc.

At FIU, Dr. Chowdhury is pioneering the development of the “Wall of Wind” (WoW) facility. The WoW is capable of performing controlled and repeatable testing in flows that adequately and economically replicate hurricane winds accompanied by wind-driven rain. As a Principal Investigator (PI), he has received more than $3.4M in research funding from various agencies and the industry (not including the Center of Excellence funding and the Congressional appropriation for $1M). Notably, the National Science Foundation (NSF) awarded nearly $1.2M in grants, and the National Oceanic and Atmospheric Administration (NOAA) allocated approximately $0.6M through the Sea Grant programs. Dr. Chowdhury is the recipient of the Faculty Early Career Development (CAREER) Program Award which is NSF’s most prestigious award in support of junior faculty who exemplify the role of teacher-scholars through outstanding research, excellent education and the integration of education and research within the context of the mission of their organizations. In addition, he was instrumental in developing the proposal ‘Center of Excellence in Hurricane Damage Mitigation and Product Development’ (September 2007) that led to the research award of $7.5M to FIU. Dr. Chowdhury’s research has made significant impact on hurricane damage mitigation in terms of enhancing building codes and validating innovative mitigation technologies. Recommendations made as a result of his testing at the Worlds Ahead Wall of Wind facility have been published in the 2010 Florida Building Code (FBC). The new code provisions based on the recommendations are geared toward decreasing the vulnerability of roofs. The code modifications will impact and improve wind load provisions on buildings’ roof mounted equipment for the entire State of Florida. Improved design practices will positively impact Florida’s economic competitiveness. Dr. Chowdhury was honored twice as FIU’s top scholar. 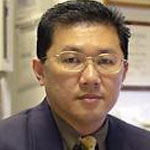 Dr. Gan received his Ph.D. in Civil Engineering from the University of Florida in 1996. He joined FIU in 1999 as an assistant professor and was tenured and promoted to associate professor in 2004.  Dr. Gan’s research areas have included highway safety, Intelligent Transportation Systems, traffic simulation, and urban transportation planning. Dr. Gan has served as major professor for 15 doctoral graduates and has authored or co-authored more than 150 technical publications. Since joining FIU, Dr. Gan has served as PI for over $8.0M in sponsored projects and another $4.0M as Co-PI. 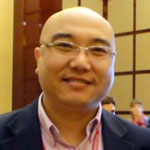 Prof. Chenzhong Li earned his M.Sc and PhD in electrochemistry and bioengineering from Kumamoto University in 1996 and 2000. Currently he is a tenured associate professor in the Department of Biomedical Engineering at Florida International University. Before joining FIU in 2006, he held position as a Research Officer at the Canada National Research Council.

Dr Li’s research is funded under a number of grants including private foundations, the National Institutes of Health the Department of Defense and the National Science Foundation where he serves as Principal Investigator or Co-investigator.  His research activities to date have resulted in 5 international patents, 70 peer-reviewed journal papers, 2 books and 4 book chapters, over 100 presentations at National/International conferences including about 60 keynote/invited lectures and seminars worldwide. In addition to his publication activities, he is the associate editor of the journals of Applied Biochemistry and Biotechnology and Biosensors Journal. He is the guest editor and editorial board member of the American Journal of Biomedical Science and the Journal of Neuroscience and Neurotechnology.  He also serves on several editorial boards including the journals Nanomedicine NBM, Chemical Sensors, the Journal of Nanoscience Letters and the International Journal of Nanomedicine, as well as being a reviewer and panelist for NIH, NSF, CNSF (China) and NSERC (Canada). Dr Li is organizer and chairperson of several conferences and symposiums including the 25th Southern Biomedical Engineering Conference, the 4th Florida Nanoscience and Nanotechnology Conference (NanoFlorida 2011), and symposia at multiple annual Pittcon national meetings. In recognition of his work, Dr. Li has received several awards and honors including the Japanese Monbusyo Fellowship and the Kauffman Professor Award in 2009 and 2011. 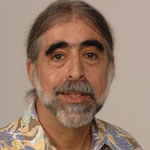 Greg Shaw is a senior instructor in the School of Computing and Information Sciences. He was a visiting instructor for five years in the 1980s, and returned to FIU in 1995 as a permanent faculty member. Greg earned an M.S. in computer science education from Barry University and was the recipient of a University-wide teaching award in 2003. His research and instructional interests are introductory and intermediate level programming courses. 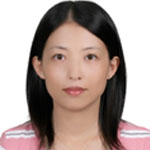 Dr. Ju Sun joined FIU in 2004 after one-year postdoctoral training at the Center for Biomedical Engineering, University of Texas Medical Branch.  Her postdoctoral research focused on the development of multimodal nonlinear optical imaging techniques for biomedical applications using ultrafast laser.  Dr. Sun received her PhD and Master degrees in the Department of Mechanical Engineering, Stony Brook University – the State University of New York in 2002 and 1999 respectively.  She received her BS in the Department of Thermal Engineering, Beijing University of Technology, China in 1994. As a Senior Instructor, Dr. Sun regularly teaches undergraduate engineering courses such as Statics, Dynamics, and Thermodynamics.  Her research interests focus on the investigations of novel ultrafast laser-based techniques for materials processing, micro-fabricating, measuring, and nonlinear imaging of biomedical and micro-scale engineering systems. 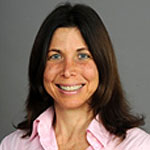 Professor Weiss received her M.S. in Computer Science Education from Barry University in 1992, and has worked in the computer industry since 1985 in different capacities, mostly in computer education. She has been involved in all facets of the computer industry, including hardware/software installation, repair, trouble shooting, consulting, programming, and (multi-unit) managing training centers for a major Fortune 100 retailer.  Professor Weiss worked as a computer consultant/trainer for large companies such as Texaco, Burger King, Kodak, and Motorola, and has trained users from various county and government agencies.

Jill has been a full time faculty member in the School of Computing and Information Sciences since 1999, having previously taught as an adjunct for ten years. She primarily teaches the School’s service courses, providing World’s Ahead instruction to an average of over 700 students in recent semesters, and she has taught roughly 15,000 students since joining the School full time. She was the winner of the School of Computing and Information Science’s Excellence in Teaching award in 2008.